Willingness to Change – John in January

I have attended pretty much every one of John Newton’s weekly Monday Ancestral Clearing calls since he began them in July of 2014. I say ‘pretty much’ because I have dodged his calls in January because they are always on manifestation and goals. This topic is not my preference. This year, I decided to sit with my discomfort during John’s calls and see what would reveal itself. In this, I was willing to change my point of view that “this is not for me.”

Going through the process

The title of John’s call for last night was “Exploring and Manifesting Overflowing Abundance.” I sat listening and feeling neutral as John began to take us through his process. Then he asked us to recall a joyful memory from childhood.

The power of memory

As I tried to remember a happy memory, I felt myself freeze as I realized I was unable to remember any such event. Not one. Then he asked the listeners, “What did you dream about as a child?” I felt the bottom of my stomach drop out when I could not recall dreaming as a child.  The only thing I remembered was wanting to get away from my living situation. Note that I am not saying I did not have joy as a child, but that I was not able to access any of those moments as I participated in John’s call. (I had felt trapped as a child with a family suffering from untreated alcoholism and a mother who suffered from undiagnosed and untreated bipolar personality.)

Allowing myself to feel

As I realized I could not even complete John’s assignment as he set it up, I turned my attention away from the story I was telling myself and towards what I was feeling sensation-wise. I realized that I had fallen victim to my troubled past. The Ancestral Clearing process helps us to turn back from victimhood and into empowerment. So, I continued to follow John’s verbal prompts as he took us through the Ancestral Clearing process. I felt tension, constriction, and a lot of energy pushing against what felt like some barrier inside me. I fell briefly back into the story and my judgment of it. I noticed how shocked I was. Tears welled up in my eyes as I realized I had lost track of any joyful memory from my youth and had so limited my dreams. Noticing all that, I stayed steady in the breath and allowed the body sensations inside me to flow, move, and disperse.

Where is the attention?

For a moment, I heard a part of myself spin other stories that I was angry with the assignment because I could not complete it the way I thought I was supposed to. I was even mad at John for setting the assignment in the first place. And I felt frustrated with myself for what I perceived as my limitation and lack of creativity. Allowing myself to feel all the body sensations that arose as these stories laid themselves out before me, I continued to turn my attention away from the narratives and towards the breath.

The whole while, John asked us to release any stories we had, feel what we were feeling, and silently said Ancestral Clearing prayers for the group.

I felt the sensations inside me rise like a series of giant waves coming together and then recede, their energies dissipated.

Together, we cleared this layer of resistance I had around setting goals… and using childhood memories as tools of inspiration. In this presence, my resistance and my disempowerment dissolved. I healed. I may not have been able to complete the assignment the way John had intended for the group, yet it was exactly the assignment I needed at the time.

Here is the lesson for me – wherever I have resistance, no matter how messy or uncomfortable I feel, when I am willing to face my resistance, I heal. So, willingness is the glue in all of this – the willingness to change. I could have left the call at any time. I almost did. Yet, a voice inside me said, “Not this time. Stay willing to change.” 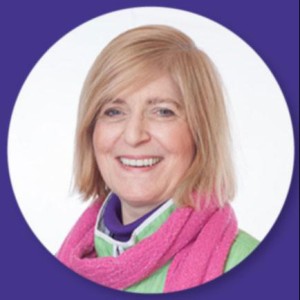