Gut Check: Is It Anxiety or Intuition? How to Tell the Difference!

Let’s do a gut check: is it anxiety of intuition? Here’s how to tell the difference.

I had a client ask me if I could clarify for her the difference between anxiety and intuition, specifically as it pertained to the reactions she was feeling in her gut. I understand the confusion here. We have all heard about gut reactions, gut instincts, and gut feelings. We often hear people say, “Trust your gut”. Our feelings are as much a part of us as our breath. They arise and fade and, like the breath, in their own rhythm. How we interpret our reactions to what we experience in our environment is key to understanding the difference between anxiety and intuition.

There are theories on the exact mechanism(s) of intuition and anxiety, many which speak to the connection between the brain and the gut. I will leave it to you to research this. Instead I will share here my experience with anxiety and intuition and try to show you how I distinguish the two.

My experience of anxiety is that it is a reaction to a perceived threat. I used to have panic attacks, a severe form of anxiety, that seemingly came out of nowhere. I felt victimized by them. I suffered from a general sense of not feeling safe. As the day played out, one thing or another would happen, and my reaction would be to slip right into fight, flight, or freeze mode. In my case more often than not, I would freeze in shutdown, trying to become subconsciously invisible. At the time that I was suffering from these panic attacks, I did not understand how I was making meaning of the sensations of excitement that I was feeling in response to certain cues in my environment.

The feeling state of anxiety is one of increased tension accompanied by a contraction in the body. I read this feeling as uncomfortable and my tendency is to try and avoid such sensations. My brain is perceiving something, the gut contracts and we are quick to make meaning that this excitement we are feeling is ‘bad’, some kind of threat to me. Did you notice what just happened there? A strong sensation arose in my body and before I even was aware of what happened, my brain determined that I was under some sort of threat, followed by my gut following suit by tensing and contracting. I made a meaning of the original sensation that it meant that I was not safe before I was even conscious of any specific threat. This is an example of how out of balance my stress response was under the influence of chronic pain, the effects of taking the regularly-prescribed anti-anxiety medications my doctors felt were the solution to my anxiety in the first place, and years of unhealthy behavioral habits I had unconsciously developed as a way to survive in a stress-filled world.

I experienced a stimulus in the world and my body reacted with excitement. My mind came in and decided what the excitement was about. The paradox is this: the meaning the mind made of what was originally a sensation of ‘excitement’ may or may not be true. If I see a tiger coming at me, I will feel excitement along with a gut contraction as my brain registers this perceived threat, and I would be completely justified in running with all due haste in the opposite direction. The paradox is that I can feel the same way about making a mistake on a math problem, like not being able to balance my checkbook. In the latter example, my reaction to the mistake feels as intense as my reaction to seeing the tiger, but is quite out of proportion to the real threat to my survival. It seems that the primitive part of the brain, the amygdala, that reacts rapidly to issues of survival has a difficult time distinguishing between these threats. The reaction to both can be the same level of anxiety.

Intuition is quite different to me from anxiety. It is a “knowing”, something you understand or recognize without being able to explain how you logically reached such a conclusion. It’s that mysterious “gut feeling” or “instinct” that often turns out to be right, in retrospect. You come to a fork in a path and “know” to go to the left, even though you have never been down this way, and you find a long-lost friend waiting for you. You decide to take a route out of you regular drive home only to later discover that you averted a twenty-car accident by doing so. You act on a hunch, on a whim, completely out of character for you, and it pays off for you. Intuition lives in a space so aligned, so perfect, that as events unfold in this world, they seem to fall into place effortlessly, though they appear to be as complex as the most challenging jigsaw puzzle.

When you are experiencing intuition, you feel a sense of relaxation, as opposed to the tension felt in anxiety. We feel a sense of expansion. When you are in the intuition zone, you sense something about what you are experiencing and it feels perfect for you. You feel it land so softly, surely, and solidly in your gut and deep in the center of your heart. There is no question. It is truth for you. You know it all the way through your bones and into the marrow. No cell is left behind. All at once your feel a Divine alignment. This is truth. Sweet perfection. You know it at once, and it feels heavenly. It has its own unmatched flavor of euphoria. You may not understand how you know, but it doesn’t matter. When you know, you know. Such is the nature of intuition.

Anxiety and intuition then are two different states of being. Anxiety is felt as a surge of excitement and we tense up and contract. It is a response to a perceived threat to us. It moves like a bolt of lightning through us. Intuition, on the other hand, is felt as wave of calm while we remain alert. It is experienced as an expansion and we feel a sense of “yes”, rather than the ”oh no!” of anxiety. 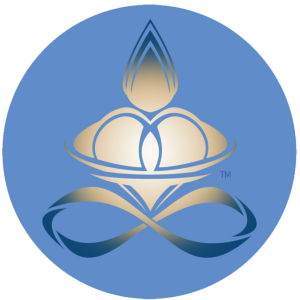 
Notice: Trying to access array offset on value of type null in /home/elizabet/public_html/wp-content/plugins/elementor-pro/modules/nav-menu/widgets/nav-menu.php on line 1446

Notice: Trying to access array offset on value of type null in /home/elizabet/public_html/wp-content/plugins/elementor-pro/modules/nav-menu/widgets/nav-menu.php on line 1459

Notice: Trying to access array offset on value of type null in /home/elizabet/public_html/wp-content/plugins/elementor-pro/modules/nav-menu/widgets/nav-menu.php on line 1470

Notice: Trying to access array offset on value of type null in /home/elizabet/public_html/wp-content/plugins/elementor-pro/modules/nav-menu/widgets/nav-menu.php on line 1483
Menu

Notice: Trying to access array offset on value of type null in /home/elizabet/public_html/wp-content/plugins/elementor-pro/modules/nav-menu/widgets/nav-menu.php on line 1446

Notice: Trying to access array offset on value of type null in /home/elizabet/public_html/wp-content/plugins/elementor-pro/modules/nav-menu/widgets/nav-menu.php on line 1459

Notice: Trying to access array offset on value of type null in /home/elizabet/public_html/wp-content/plugins/elementor-pro/modules/nav-menu/widgets/nav-menu.php on line 1470

Notice: Trying to access array offset on value of type null in /home/elizabet/public_html/wp-content/plugins/elementor-pro/modules/nav-menu/widgets/nav-menu.php on line 1483
Menu